US rescue workers scoured debris fields for survivors as many residents without power, water or even a roof over their heads salvaged what they could after a string of powerful tornadoes obliterated homes, businesses and anything else in their way.

Authorities said they had little hope of finding survivors after the tornadoes tore through the US Midwest and South on Friday night (local time), killing people in at least five states.

Officials had said the death toll could soar past 100, but representatives of a destroyed candle factory said far fewer people than previously feared may have died.

Search efforts at an Amazon facility in Illinois where at least six people were killed were expected to take several days, but authorities said they did not expect to find additional survivors.

The damage to the building near St Louis was extensive, with the structure’s steel support pillars exposed after the walls and roof caved in.

Authorities said they didn’t have a full count of Amazon employees because it was during a shift change and there were several part-time employees.

Several employees told Reuters that they had been directed to shelter in bathrooms by Amazon managers after receiving emergency alerts on mobile phones from local authorities.

Austin J McEwen, 26, was reportedly one of those who died.

“He was my friend and he didn’t make it,” said colleague Brian Erdmann, who was on his way to make a delivery to the warehouse.

Employee Amanda Goss had just started her first week in a new job as an Amazon delivery driver when the tornado hit.

“As I look up, the corner of the building was shaking, and it comes down the garage area and then I felt the gates coming in behind me,” Ms Goss told KTVI-TV.

“All I do is sit there in my van hoping it don’t move.”

The Amazon facility, among three in Edwardsville, is a 102,193-square-metre “delivery station” that employs about 190 workers across several shifts, according to Amazon.

“Our thoughts and prayers are with the victims, their loved ones, and everyone impacted by the tornado,” Amazon spokesperson Kelly Nantel said in a statement.

“We’re continuing to support our employees and partners in the area.”

The ‘tipping point’ for Amazon and Starbucks workers 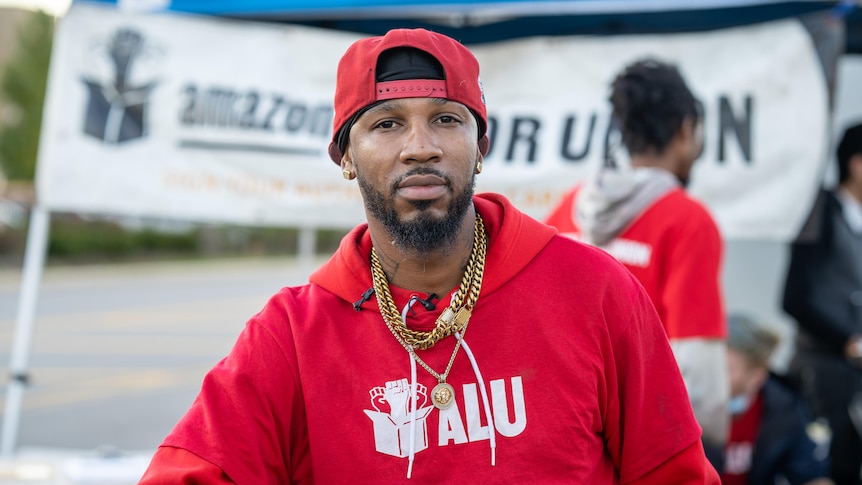 American workers who are fed up with long shifts, non-existent breaks, and near constant surveillance at work reached “a tipping point” during the pandemic. Now they want to take on Amazon and Starbucks.

Amazon said that when a site was made aware of a tornado warning, all employees were notified and directed to move to a shelter.

But company officials declined to answer specific questions about when employees were warned.

A union representing retail employees that had been pushing to organise Amazon employees blasted the company for “dangerous labour practices” for having employees work during the severe weather.

“Time and time again Amazon puts its bottom line above the lives of its employees,” Stuart Appelbaum, president of the Retail, Wholesale and Department Store Union, said.

Nowhere suffered as much as the small town of Mayfield, Kentucky, where the large twisters — which weather forecasters said were unusual in winter — destroyed a candle factory and the fire and police stations.

“To the people of America, there is no lens big enough to show you the extent of the damage,” Kentucky Governor Andy Beshear said.

The governor had said at least 80 people in his state were confirmed dead and the toll was eventually going to exceed 100, but that was based on the belief that scores were killed in the candle factory.

Up to 70 people at the factory had been believed dead, but that number could be revised down to 16 or fewer, a company spokesman said, raising the possibility the governor’s death toll estimate could come down significantly.

Among the 110 people who were at the factory, eight had been confirmed dead and eight were missing, said Bob Ferguson, a spokesperson for Mayfield Consumer Products.

“There were some early reports that as many as 70 could be dead in the factory. One is too many, but we thank God that the number is turning out to be far, far fewer,” Mr Ferguson told Reuters, adding that rescue teams were still searching for the eight who remained unaccounted for.

Kentucky tornado sends photo more than 200km across US 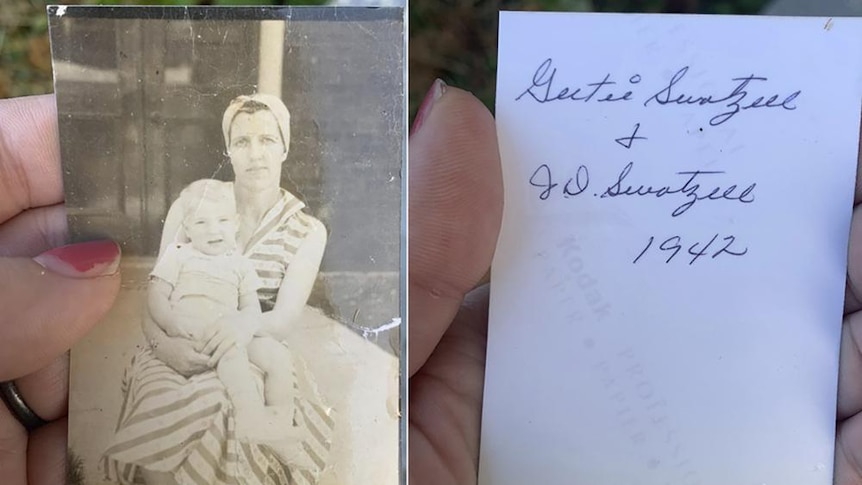 An American woman finds a photograph on her windshield sent hundreds of kilometres on the back of monstrous winds.

Workers on the night shift at Mayfield Consumer Products were in the middle of the holiday rush, cranking out candles, when a tornado closed in on the factory and the word went out: “Duck and cover.”

Autumn Kirks said she pulled down her safety goggles and took shelter, tossing aside wax and fragrance buckets to make room.

She glanced away from her boyfriend, Lannis Ward, and when she looked back he was gone.

He was among scores of people missing and feared dead in the rubble of the factory.

Forty of the 110 people who were inside the factory were pulled out soon after the twister struck, authorities said.

Rescuers had to crawl over the dead to get to the living at a disaster scene that smelled like scented candles.

Mr Beshear said the tornadoes were the most destructive in Kentucky’s history and knocked out power to between 36,000 and 50,000 homes.

The storm was all the more remarkable because it came in December, when normally colder weather limits tornadoes.

More than 300 members of the National Guard were going door to door and removing debris.