The large town of Maryborough in Queensland (population approx. 22,000) is mopping up today after the Mary River inundated large parts of the town.

A 14-year-old girl is still missing after being swept away in a raging torrent, while the entire CBD was evacuated after floodwaters breached the town’s temporary levee.

The weather is mostly fine in the area as we write this summary on Monday, with only a moderate chance of showers in the next 48 hours and the prospect of a mostly fine week ahead, but the amount of rain that caused this event is truly staggering. 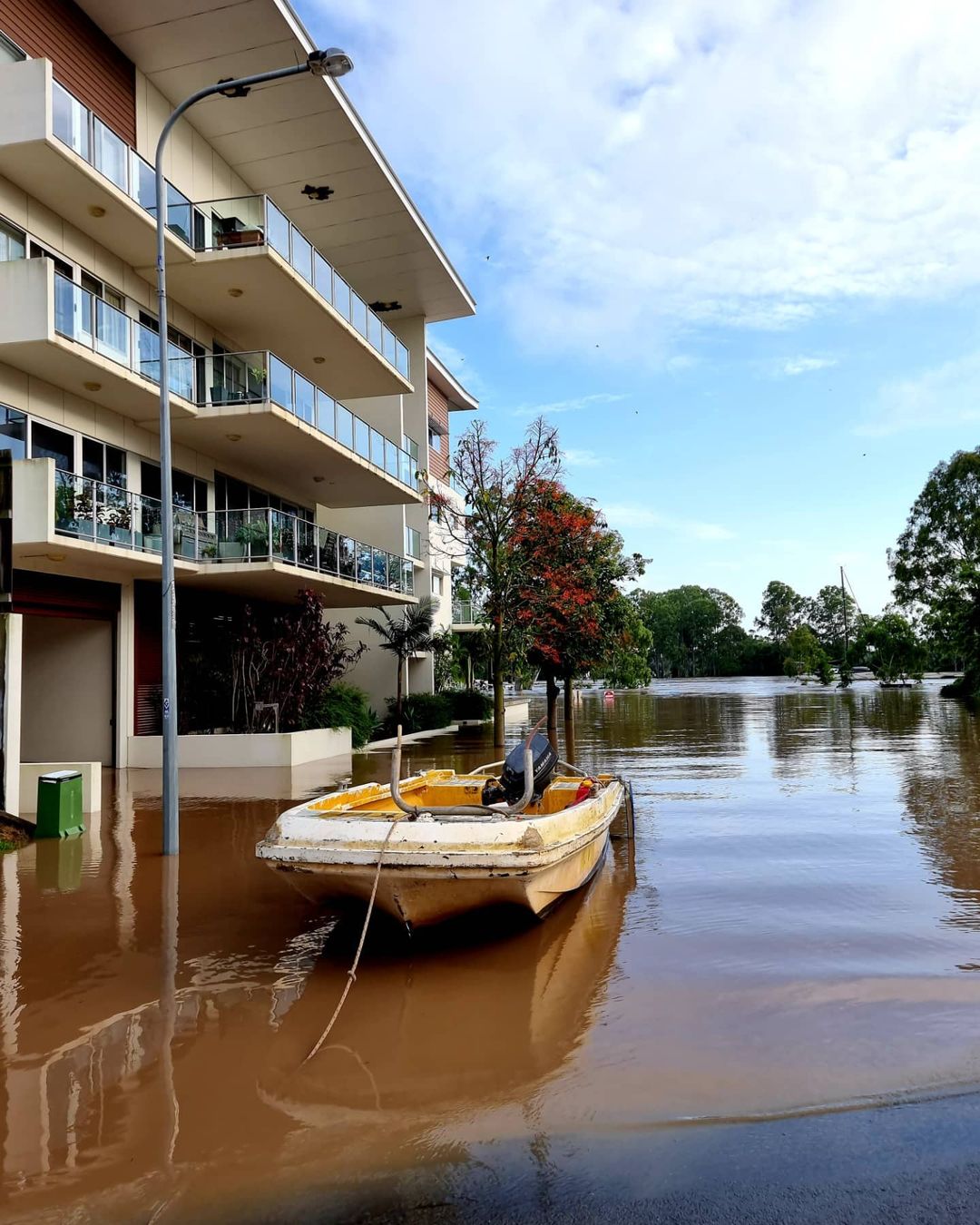 Image: A mooring is currently more valuable than a parking spot in Maryborough. Source: @Jennybeck63 via Instagram.

Despite the massive rainfall, the Mary River flood peak was a few centimetres lower than the 10.7 m peak after Cyclone Oswald in 2013.

But that’s not to suggest the town got off lightly. As mentioned, there is the tragic situation of a girl who has not been found after being swept away, while the CBD remains inundated with up to 100 business affected.

As we go to air tonight parts of our state are underwater; the temporary levy put in place to prevent the Maryborough CBD from flooding failing its first test. @JordanFabris9 #9News pic.twitter.com/e6jYzdcwdP

Fraser Coast Council has installed 12 pumps in the CBD, each of which can remove up to 120 litres of water per second, according to local mayor George Seymour.

Meanwhile, as it becomes clear that much of the flooding in Maryborough’s CBD was caused by water rushing in through damaged underground gates. This enabled floodwaters to bypass the levee built to protect local businesses.

Mayor Seymour called it a “catastrophic failure of the gates that are meant to hold the stormwater back underground”.