As the storm that was once a potent bomb cyclone over the Pacific Ocean made its way through the continental United States, areas along the mid-Atlantic faced possibly record levels of coastal flooding and this made one governor declare a state of emergency.

Governor Issues a State of Emergency

Maryland Gov. Larry Hogan issued a state of emergency on Friday for sections of the state that were under a coastal flood warning, including Baltimore City, along the Chesapeake Bay, the Potomac River, and the Atlantic Coast.

Winds from the east, driven by the system, pushed the tide into the streets of coastal cities like Washington, D.C., Baltimore, and Annapolis on Thursday night and into Friday morning, in what the National Weather Service (NWS) warned could be one of the biggest tidal events in a decade or two, possibly since Hurricane Isabel in 2003 in some areas.

Hurricane Isabel had blown strong southeast winds into the city while traveling north of the area in 2003, dumping a massive volume of water into Baltimore’s Inner Harbor.

Comparing the two occurrences, on the other hand, would be like comparing “apples to oranges,” according to AccuWeather Senior Meteorologist Dave Dombek.

Despite the fact that the winds were not caused by a hurricane, they mixed with the high tide to flood many streets, forcing some inhabitants to rely on canoes to move about. Floodwaters in Annapolis reached 4.09 feet at high tide at midday. According to The Baltimore Sun, the city’s record level for coastal flooding was 7.2 feet.

Even if the wind and rain have died down where some are, residents living near the tidal Potomac and Chesapeake’s western coastline should be warned that another wave of coastal flooding is on the way later tonight.

The Potomac River in Alexandria, Virginia, had risen by 5.99 feet by 4 p.m. local time, and then by slightly over 4.00 feet early Saturday morning.

According to PowerOutage.US, approximately 2,000 customers in Harford County, Maryland, east of Baltimore County, were without power as of 7:45 p.m. Friday. The number of power outages in the county remained over 1,000 as of 11:45 p.m. Friday. 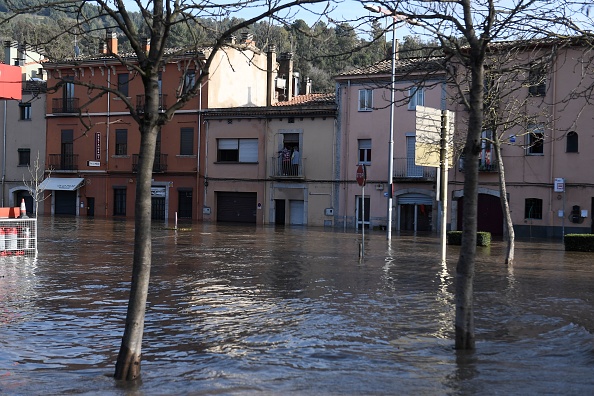 By early Saturday morning, the number had reduced to roughly 300 people. According to The Baltimore Sun, a number of public schools have postponed or canceled after-school programs due to poor weather.

While Dombek said that the rain will be a short-term factor and would not contribute to coastal flooding, a substantial quantity did fall on Friday.

The average amount of rainfall in Baltimore during the month of October is 3.94 inches. The city received 2.22 inches of rain from Oct. 1 to Oct. 28, considerably below the month’s normal. By 5 p.m. on Friday, Oct. 29, the city had received another 2.42 inches in only one day with another half-inch of rain occured during the night.

Not only did the amount raise the city’s monthly rainfall total over normal, but the city also received more rain on Friday than it did in the first 28 days of the month, according to Dombek.

While the storm will be moving gradually and the region may see some “residual” impacts, the weather should clear up in the following days.

© 2021 NatureWorldNews.com All rights reserved. Do not reproduce without permission.